LED vs OLED vs QLED: What’s the Difference? 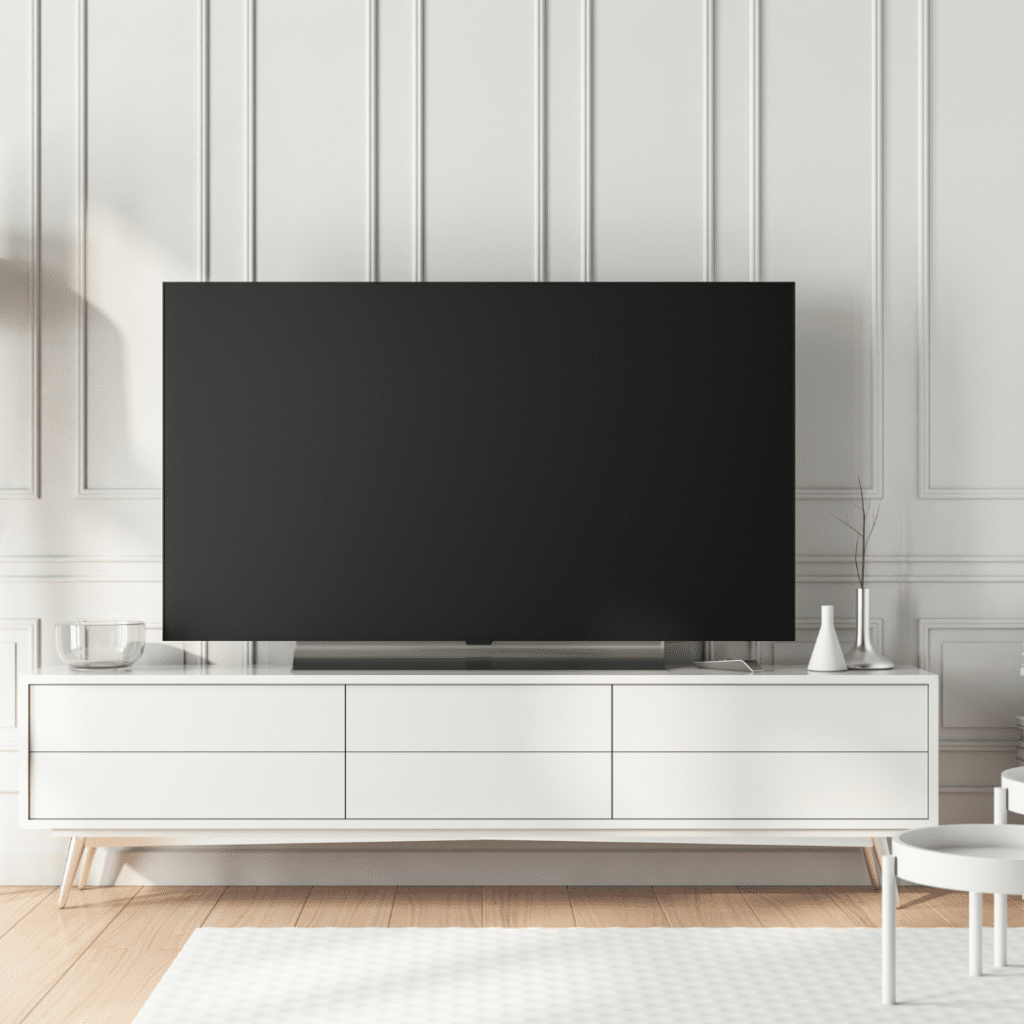 The television market has exploded in recent years, with new innovations and technologies being developed all the time. With so many options available, it can be difficult to make a decision about which TV is best for your home audio and video solution. This article will help guide you through the basics of what each type of TV offers, such as LED vs OLED vs QLED, as well as some pros and cons that may help you decide which technology is right for your needs.

LED TVs are the most common type of television available. They use light-emitting diode (LED) backlights to create an image on the screen. This type of TV is typically less expensive than OLED or QLED TVs, and they offer good picture quality. However, because LED TVs use a backlight, they can sometimes produce glare or reflections that can be distracting.

The picture quality of a TV is determined by the type of LED backlighting used. Edge-lit TVs have LEDs along one or more sides, whereas full-array TVs have a grid of LEDs. However, both may result in significant portions of the image being desaturated.

Furthermore, the newest LED TVs employ full-array local dimming, which splits the backlights into zones that may be adjusted individually. This ensures that dark regions of an image remain dark and light areas stay bright. The greater the number of local dimming zones on a TV, the better it will perform.

An OLED (organic light-emitting diode) TV is very different from older LED TVs because it doesn’t use a backlight. Instead, OLED TVs have millions of self-lighting pixels that can change color or turn off individually.

Every single pixel in an OLED set is also a tiny, tiny LED light — but one that is extremely thin and can produce light as well as color in a single element. In other words, because each OLED pixel generates its own illumination, OLED TVs don’t require a backlight. You may refer to these displays as “emissive” or “self-emissive,” but they both mean the same thing.

So, what’s the “organic” part?

OLED displays are made from organic compounds, which implies they contain carbon as well as other components. Each color requires a specific organic compound. This means that each tiny OLED pixel in the screen produces light depending on how much electric current you send it. The more electricity you supply, the brighter the display will be. There is no electricity and no light if there is no current flowing through them.

OLED displays also have a far faster refresh rate than typical LED-backlit LCD displays, with a refresh rate as low as 0.001ms, or 1,000 times quicker than an ordinary LED-backlit LCD screen. Furthermore, because the light source utilized in this type of television is so tiny, screen dimension has shrunk at the same rate. Thus, OLED TVs can have that rich black and bright white hues as well as overall superior color accuracy. Moreover, they are very smooth and responsive to motion.

QLED TVs are the latest in TV technology to hit the market. They use Quantum Dots, which are tiny semiconductors that emit light when exposed to electricity. These dots can absorb energy from their surroundings and re-emit it at different wavelengths of light.

A QLED TV is the same as an LED TV, but it comes with a quantum dot layer built-in. This layer improves the colors and brightness of what you see on your screen.

The dots in question are between two and ten nanometers in diameter, and they generate a range of hues depending on their size. The tiniest dots, for example, are focused on blue, while the larger ones are focused on red. The most significant feature of Quantum Dots is that they allow you to make more intense, highly saturated, and precisely defined primary colors from blue LEDs than white LEDs can produce.

Overall, QLED TVs are quickly on the rise to becoming one of the best types of televisions on the market.

LED vs OLED vs QLED

So, what’s the difference?

LED TVs are the most common type of television. They use a backlight to light up the screen, and they come in a variety of sizes and shapes.

OLED TVs are made up of pixels that turn off or on depending on the image being displayed. There is no backlight, so OLED pixels can be any color – which results in a much wider range of colors than LED TVs.

QLED TVs are very similar to LED TVs, but they come with a quantum dot layer built-in. This layer improves the colors and brightness of what you see on your screen.

Though these technologies are similar, there are some distinct differences.

LED TVs produce significantly more light than OLED TVs because they employ backlights. However, if you want the brightest TV, a QLED TV is the way to go since its quantum dot filter boosts light output in comparison to regular LED TVs.

If you have an OLED TV, you’ll notice that the picture appears to be sharper and clearer than it does on other TVs. When watching action sequences or sports, you will see less motion blur on OLED TVs with a rapid response time. Since OLED TVs can instantly change each pixel on the screen, they always have a better response time than LED televisions.

LED TVs are capable of displaying a wide range of colors, but OLED TVs can display an even wider range – including shades that LED TVs can’t produce. This is because each pixel on an OLED TV emits light, which means there is no need for a backlight like there is with LED TVs. As a result, OLED TVs can create subtler and darker colors that LED TVs cannot.

If you have a lot of people watching your TV at the same time, you’ll want to consider the TV’s viewing angle. When viewed at an angle, OLED televisions deliver more precise light and color than LED TVs since self-lit pixels in this type of television emit light all around.

OLED TVs are generally the most expensive, but they deliver the highest picture quality. QLED TVs are typically somewhat more expensive than LED televisions, although they may provide excellent value for money.

Ultimately, OLED and QLED TVs produce higher picture quality than LED TVs. However, it is important to remember that the set you choose will depend on your own personal preferences and how much money you’re willing to spend.

Choosing the Best TV for Your Home or Home Theater 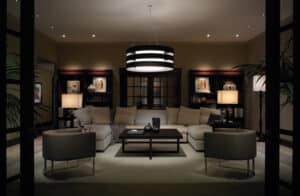 Smart Living Rooms: How to Create the Perfect Living Space for Your Lifestyle with Easy-to-Control Technology

Are you looking to make your living space the epitome of modern convenience? Do you want a comfortable, energy-efficient, tech-savvy, and stylish room? Smart home

How Integrators Work with Other Contractors During a Smart Home Build

Are you a homeowner in the middle of a renovation project and want to incorporate a smart home build into your design? Whether it’s new

Are you tired of spending your holiday season on the roof, untangling Christmas lights? Make next year simpler for yourself and invest in permanent exterior

Worked with AIS before? Tell us about your experience.

Leave a Review
These guys have installed stereo equipment and a system security at my home and now in my office and they do an amazing job. They are there at the drop of a hat to help you out.
Jennifer Steward
You guys always do an awesome job and everything is always spot on! Very friendly staff you have and easy to talk to and always make the experience great! Thank you for taking care of us!
Scott Kunzler
We have used AIS for the past 14 years for both our business and our personal residences and have seen their business grow and the positive transformation that has taken place to take care of their growing customer base. AIS has great ownership, leadership and the knowledge that allows them to not only keep up with technology but also keep up with their customers needs and scheduling requirements ensuring customer relationships that last.
Travis Scott
These guys are great! We have worked with them for years and they don't disappoint. They do nice, clean work. The guys are always responsive and show up when they are scheduled. We love our blinds and music throughout our home. Thanks AIS
Merisa Burn
I highly recommend AIS!! They are nothing short of amazing and professional every step of the way! We have turned to them for the past 13 years and will continue to do so.
Cami Webb
We have been using ais for years for all of our home theater and outside cameras they have always treated us well great customer service. Kaleb just installed a new outside camera system, and did a great job. Would have him back anytime.
Travis Nelson
Blaine Christensen and crew are the best in all you need for your whole home sound and security systems. We have had zero problems in asking them for help, because we're old and senile, they are happy to get things going again for you. AIS is the best period!!!
Roger Cannon
The best company for anything in the house. Very friendly owners and employees and they are always willing to help solve any issue big or small. Pricing is extremely fair! I wouldnt go anywhere else to get the work done. Give AIS a call, they will take care of all your electronic or camera needs!
Paxton Robinson
We have done business with Blaine for over 10 years. We just recently upgraded our home entertainment system. We added cameras and sprinkler control to our home entertainment. Couldn’t be happier. Very professional install. The support forum Blaine and team is exceptional. Highly recommend.
David Riemer
The guys at AIS have helped me with security cameras, theater equipment, central vac, and new tv's. They are very professional and courteous while working in my home. They are my go to for all my av needs. A big thanks!
Brian Bills
I cannot say enough good things about AIS. I have their system in my home and business and couldn't be happier with their service and customer care.
Hart Floor Company
Previous
Next